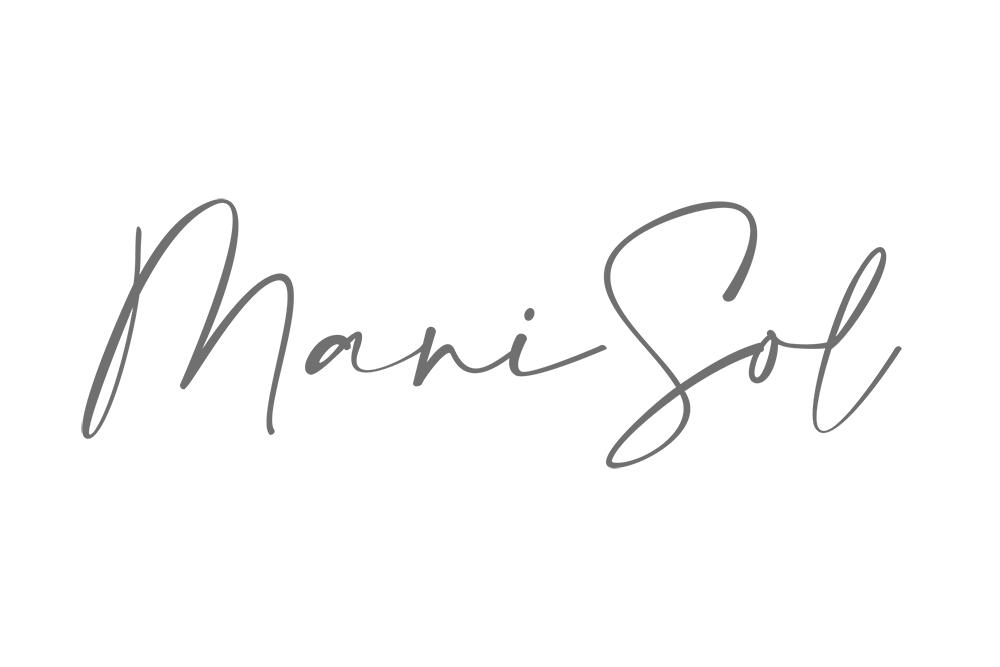 Larry and Gil have been together as a couple for many years. Larry proposed to Gil a few years back, but they never ended up getting married… Until that summer day in Venice!

The most beautiful thing about this wedding was that Gil had no idea of what was going to happen: the two travelled to Italy with a couple of close friends, and Gil knew I was there shooting them a few group photos before heading to a Carnival party in Venice.

While on the water taxi, Larry took Gil’s hands and proposed to him for the second time.

As Gil said yes, Larry revealed the plans: “great, would you marry me now?”

An overflow of emotions, so many happy tears (yes, I obviously cried a lot too) and all the romance of the world. Enjoy! 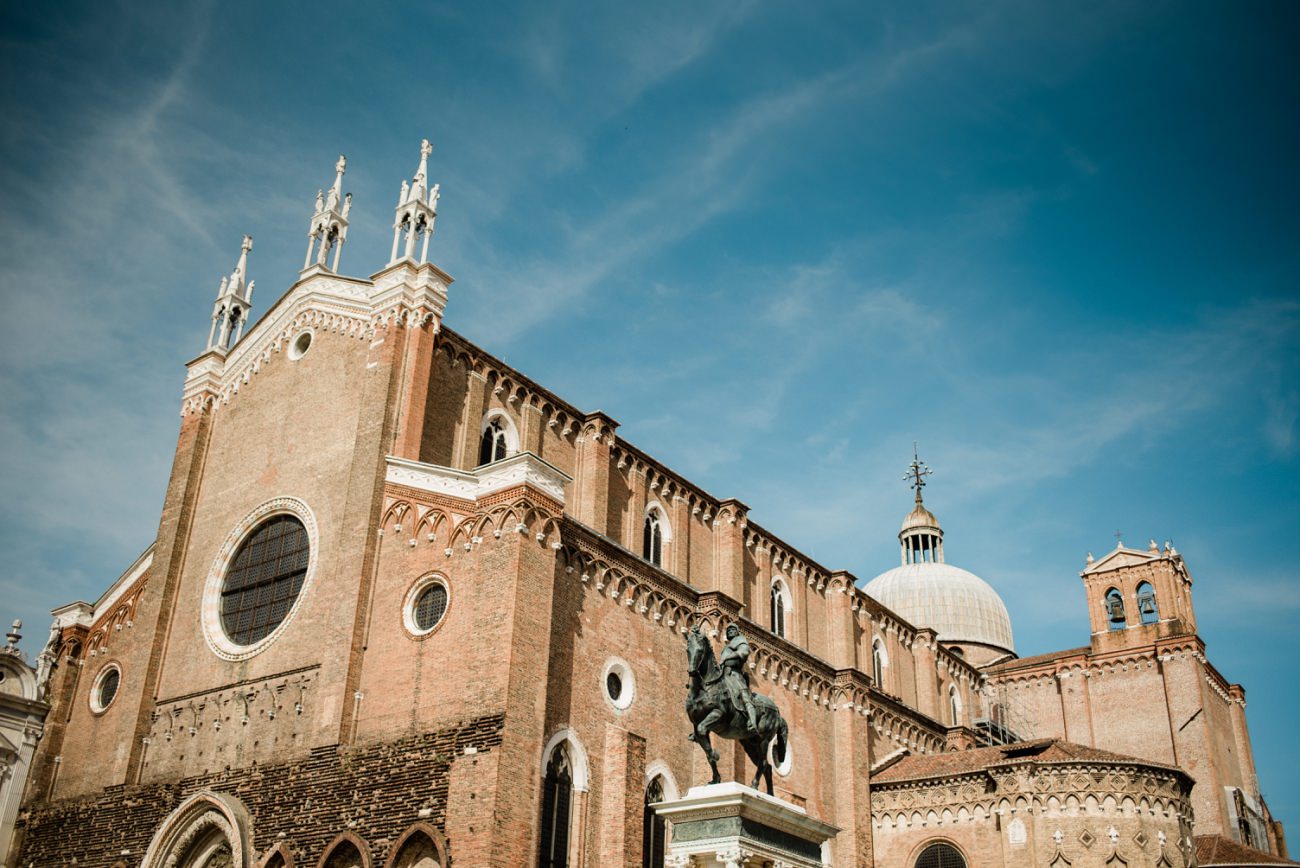 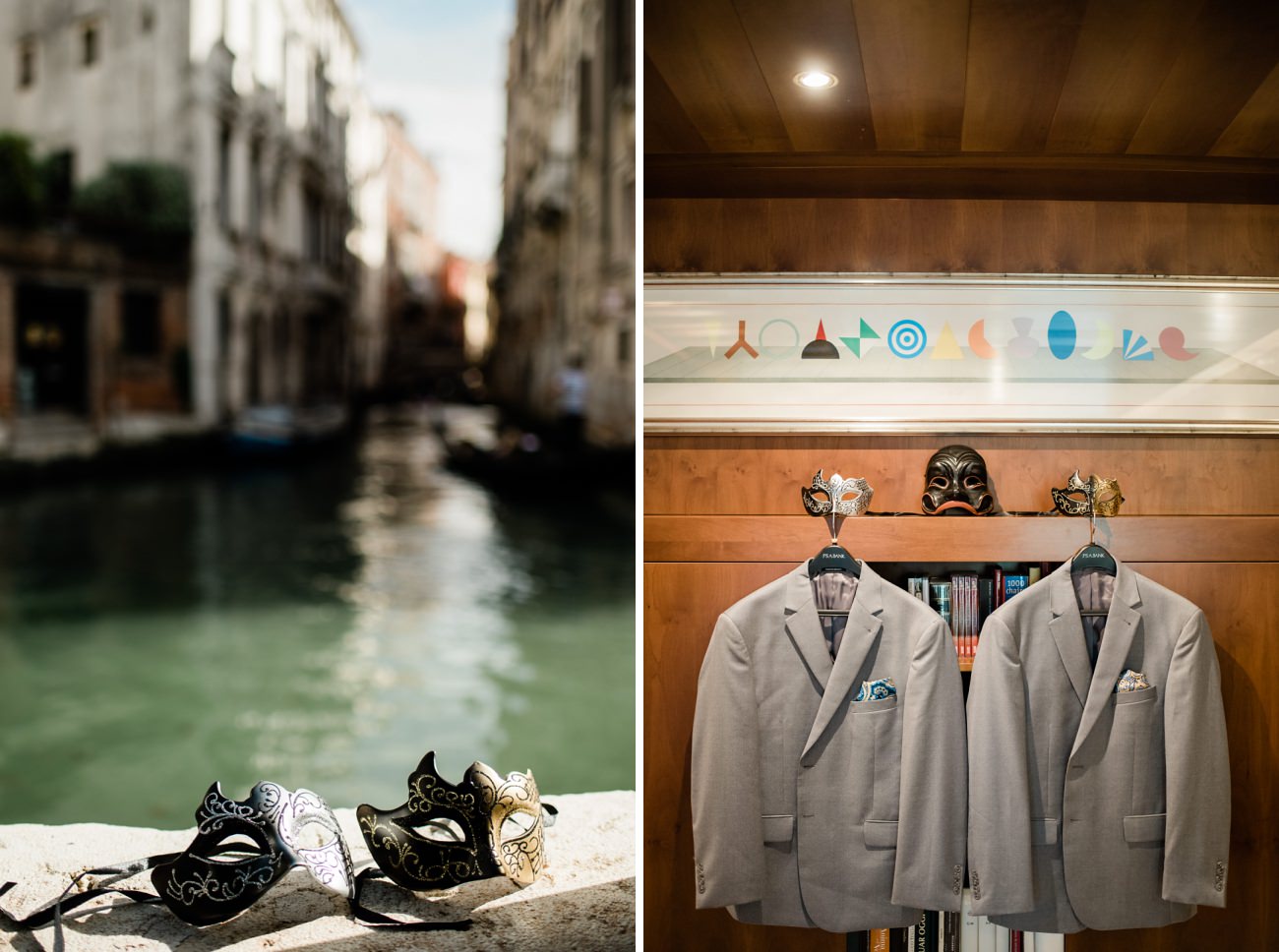 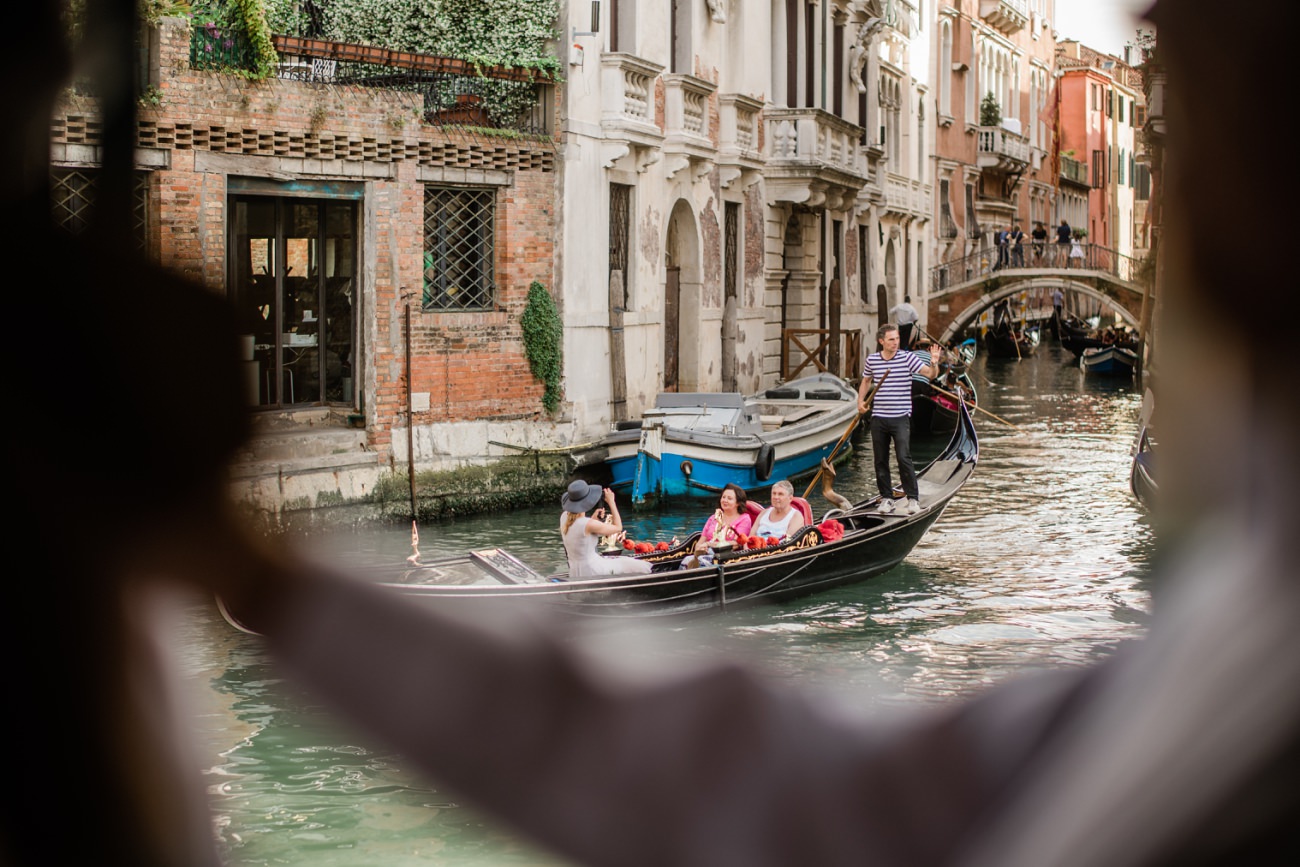 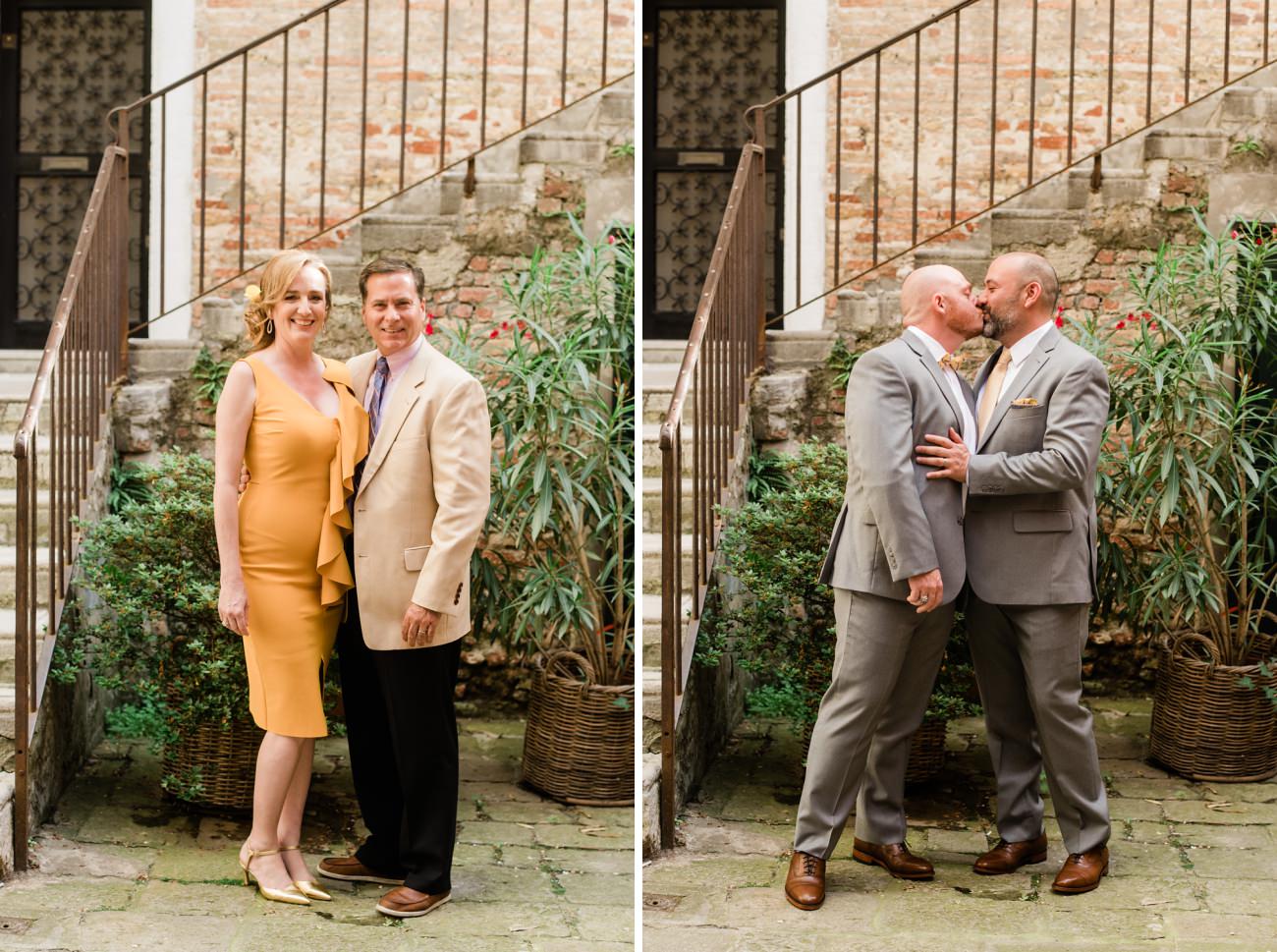 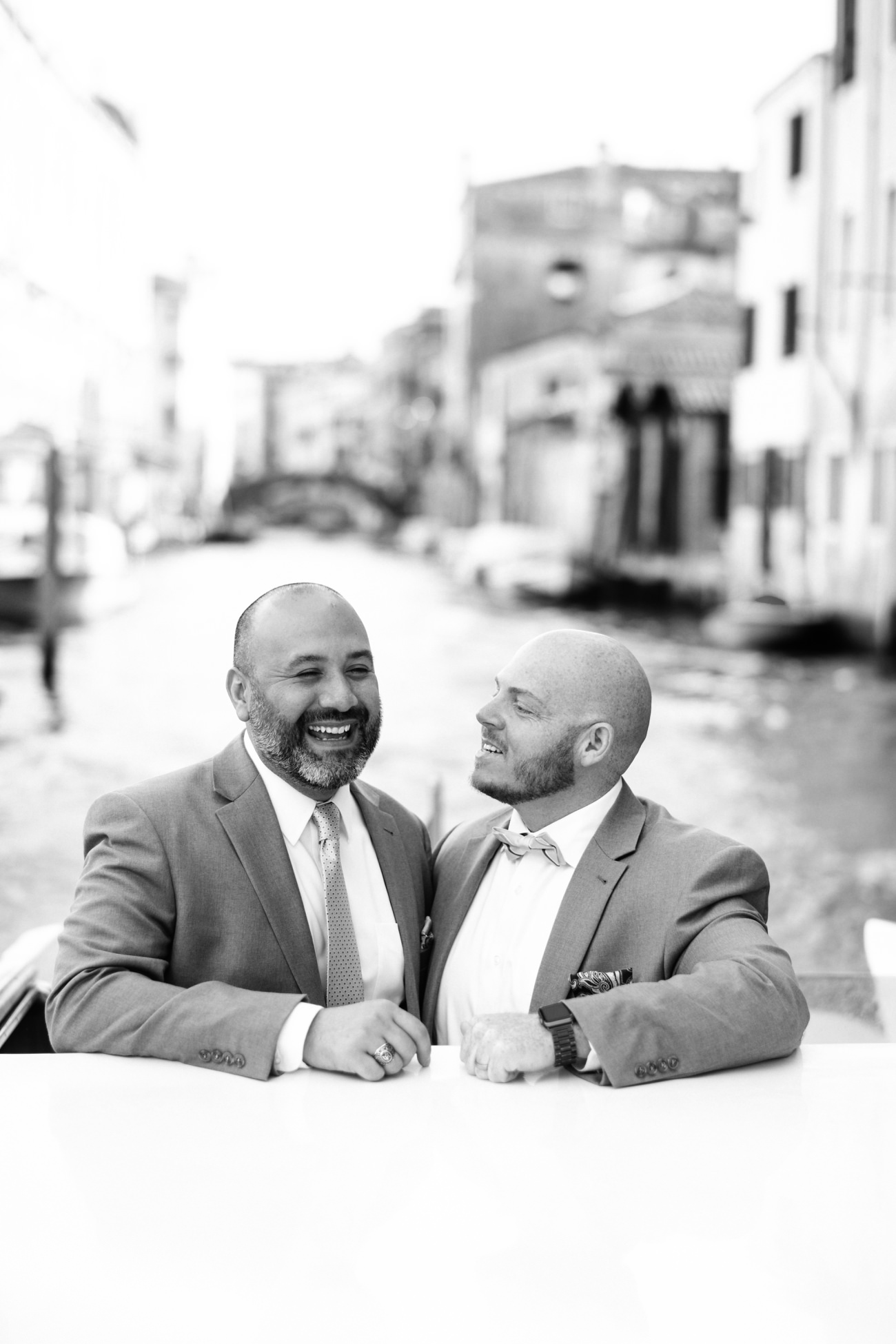 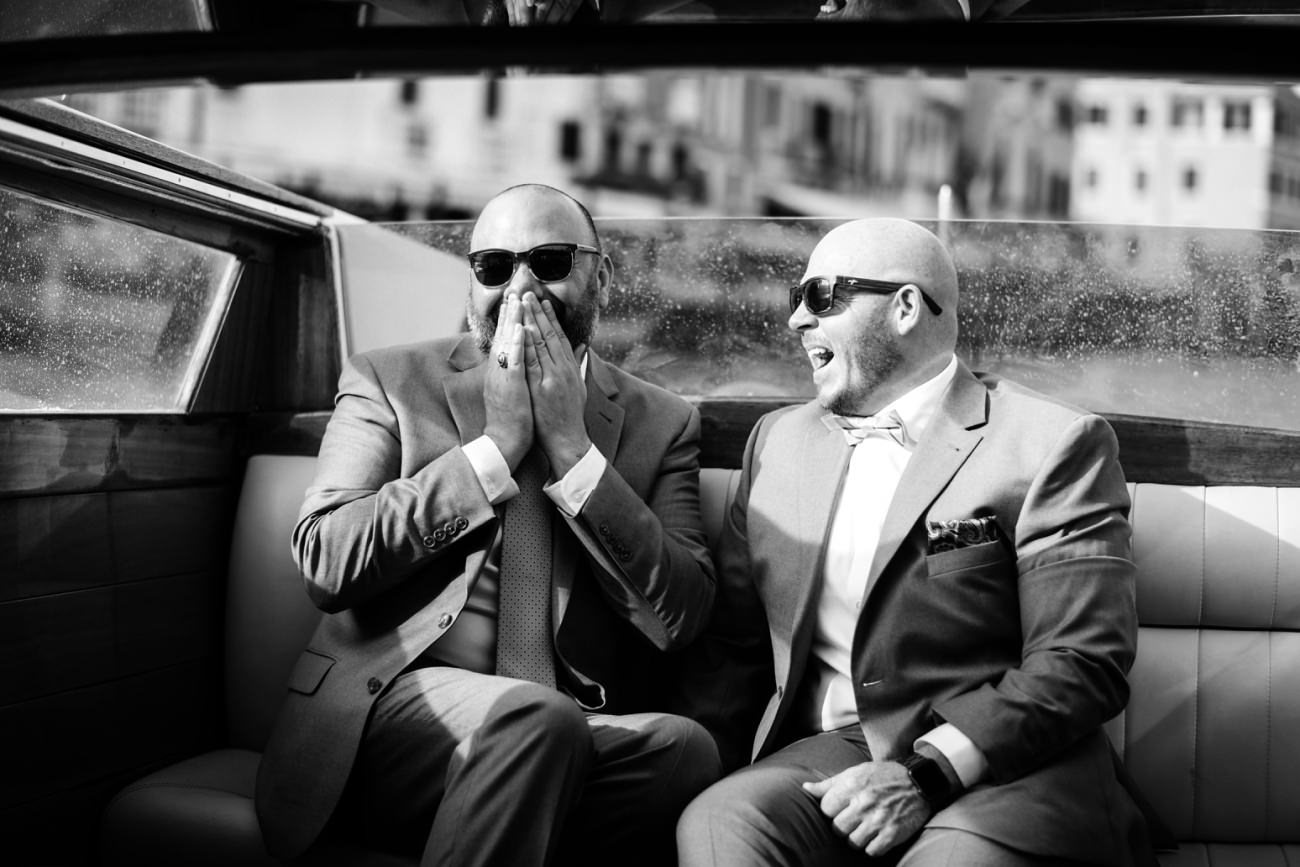 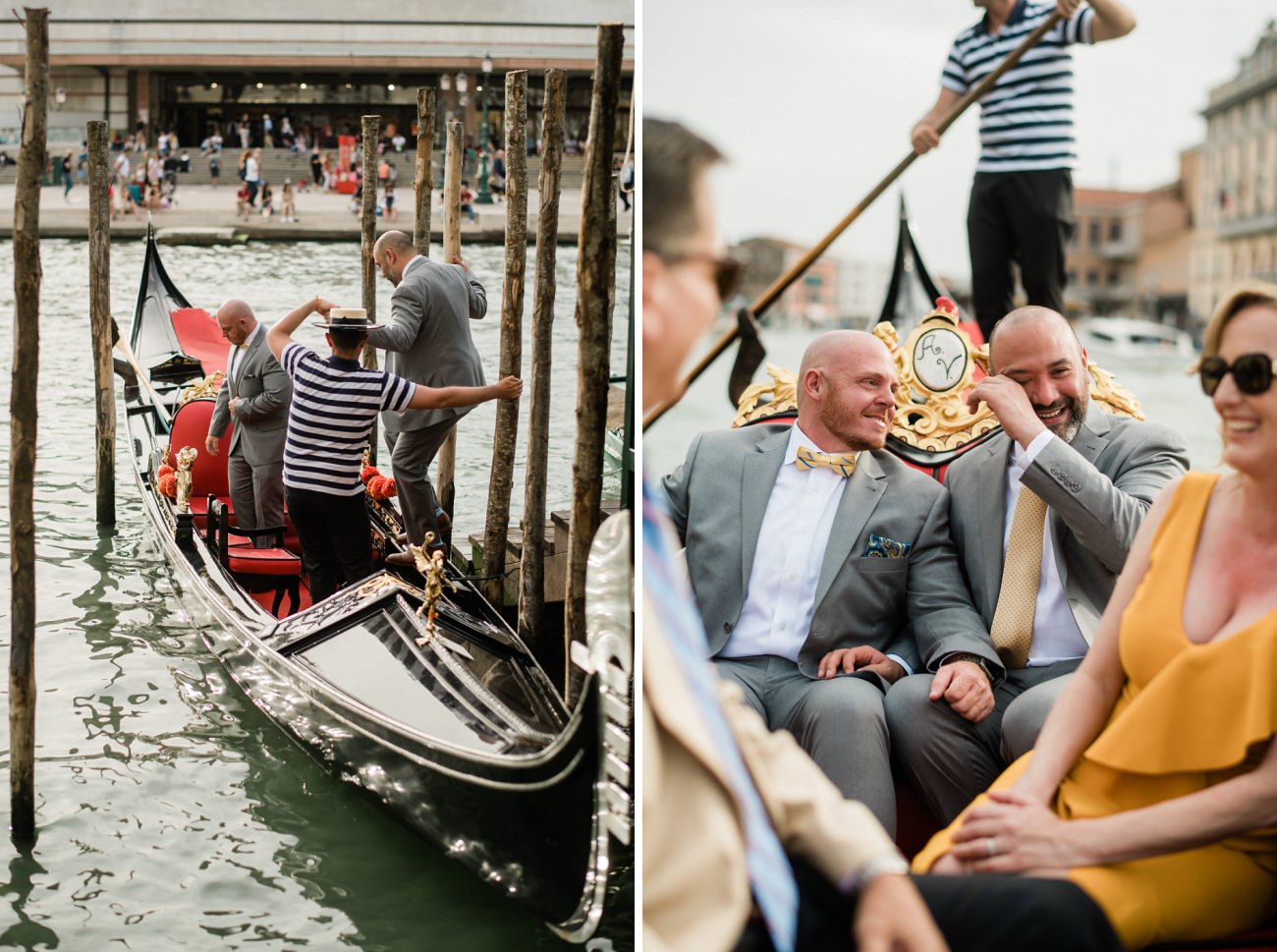 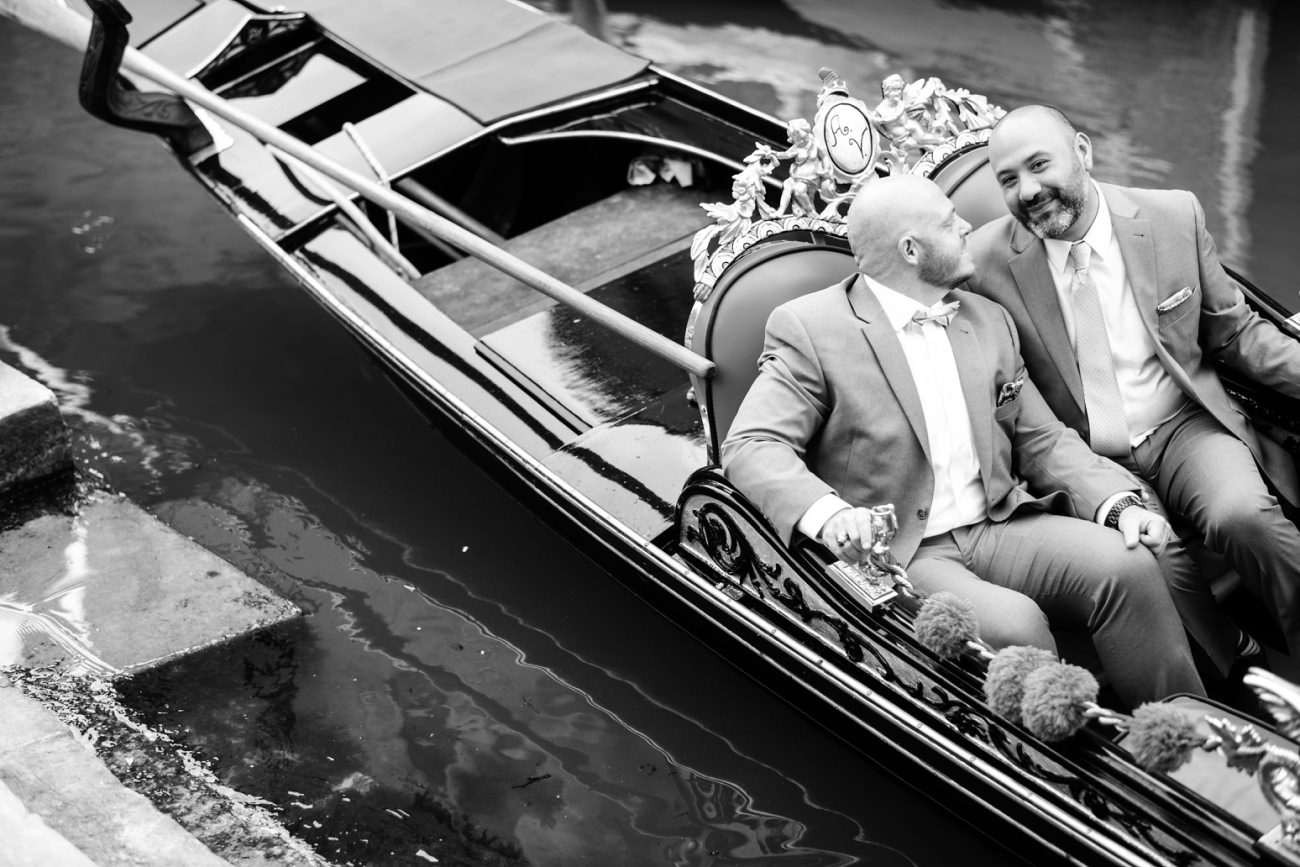 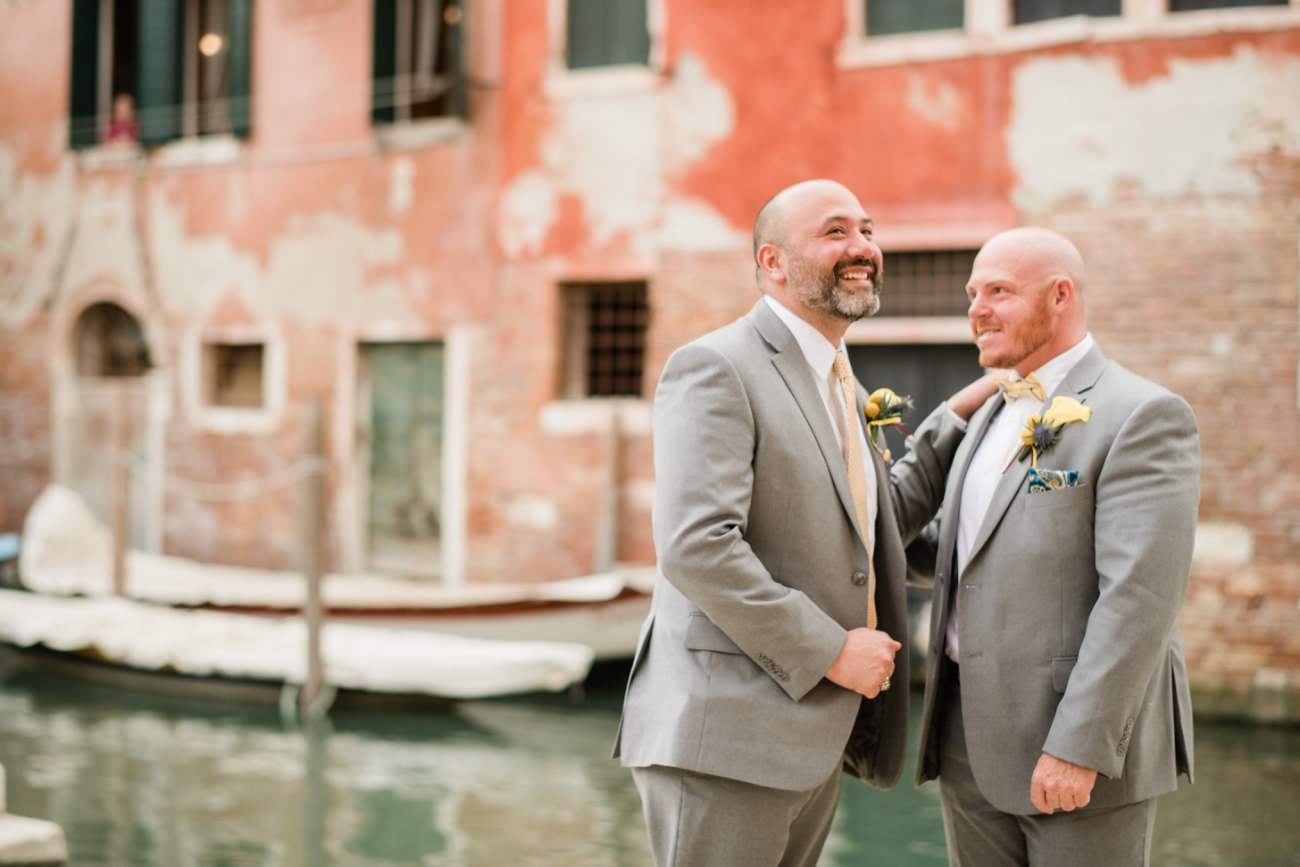 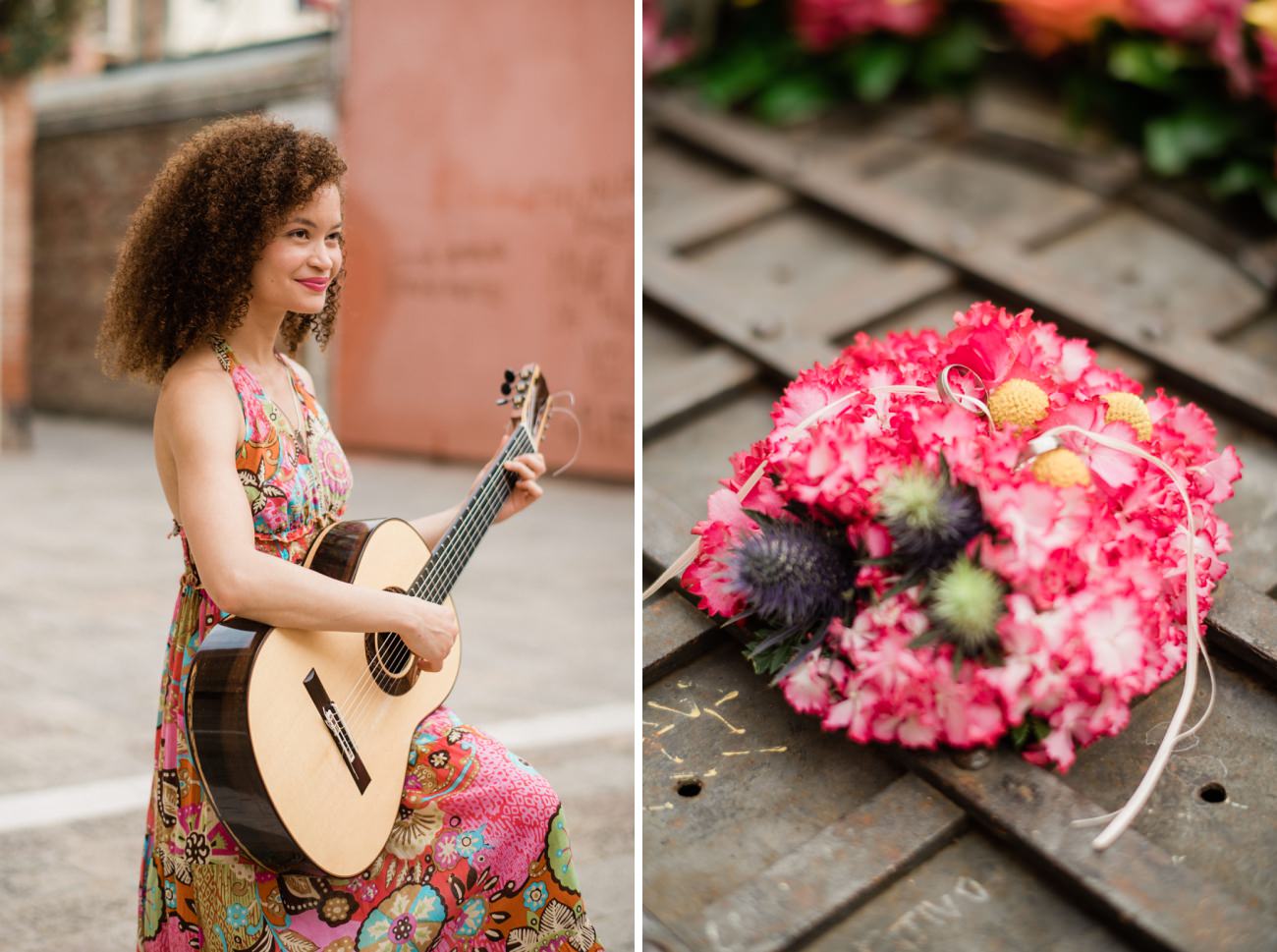 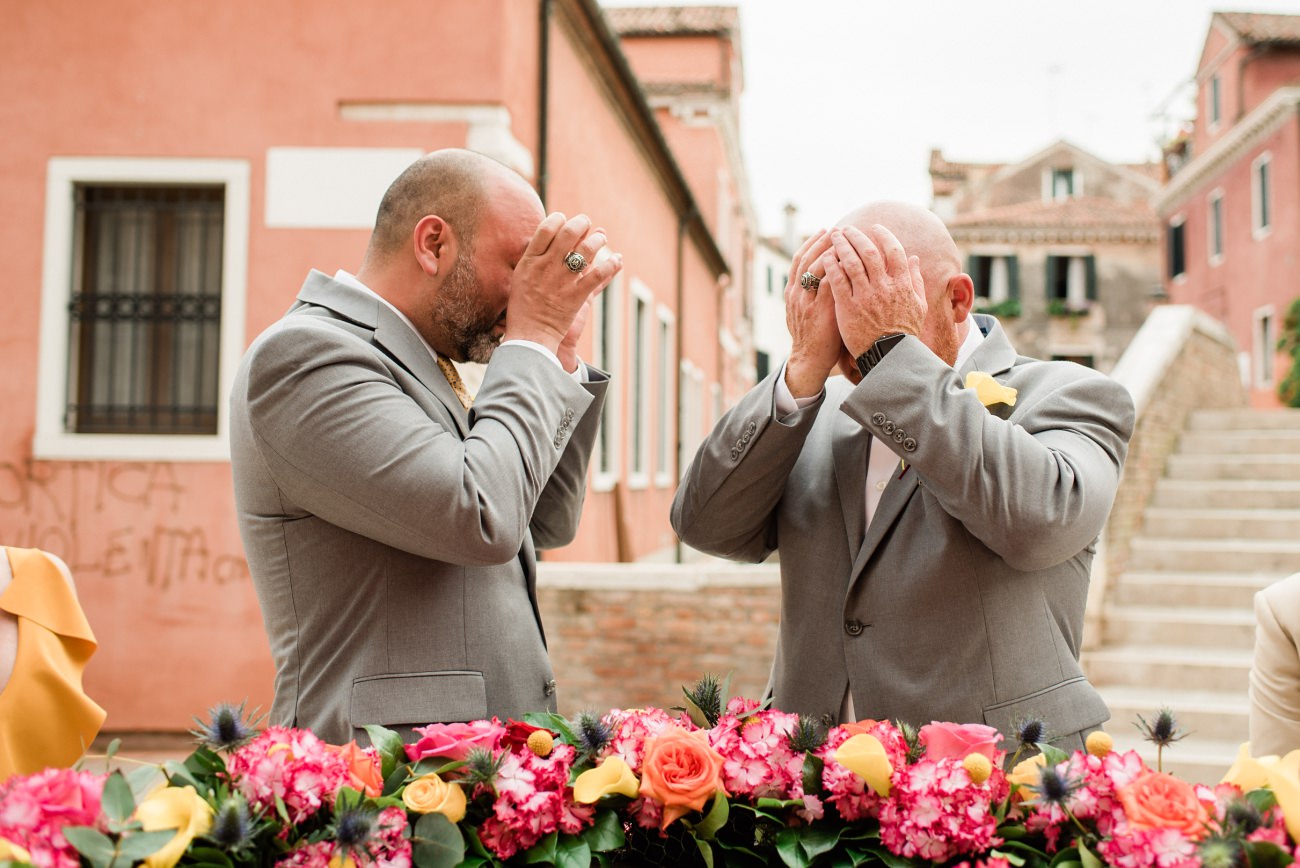 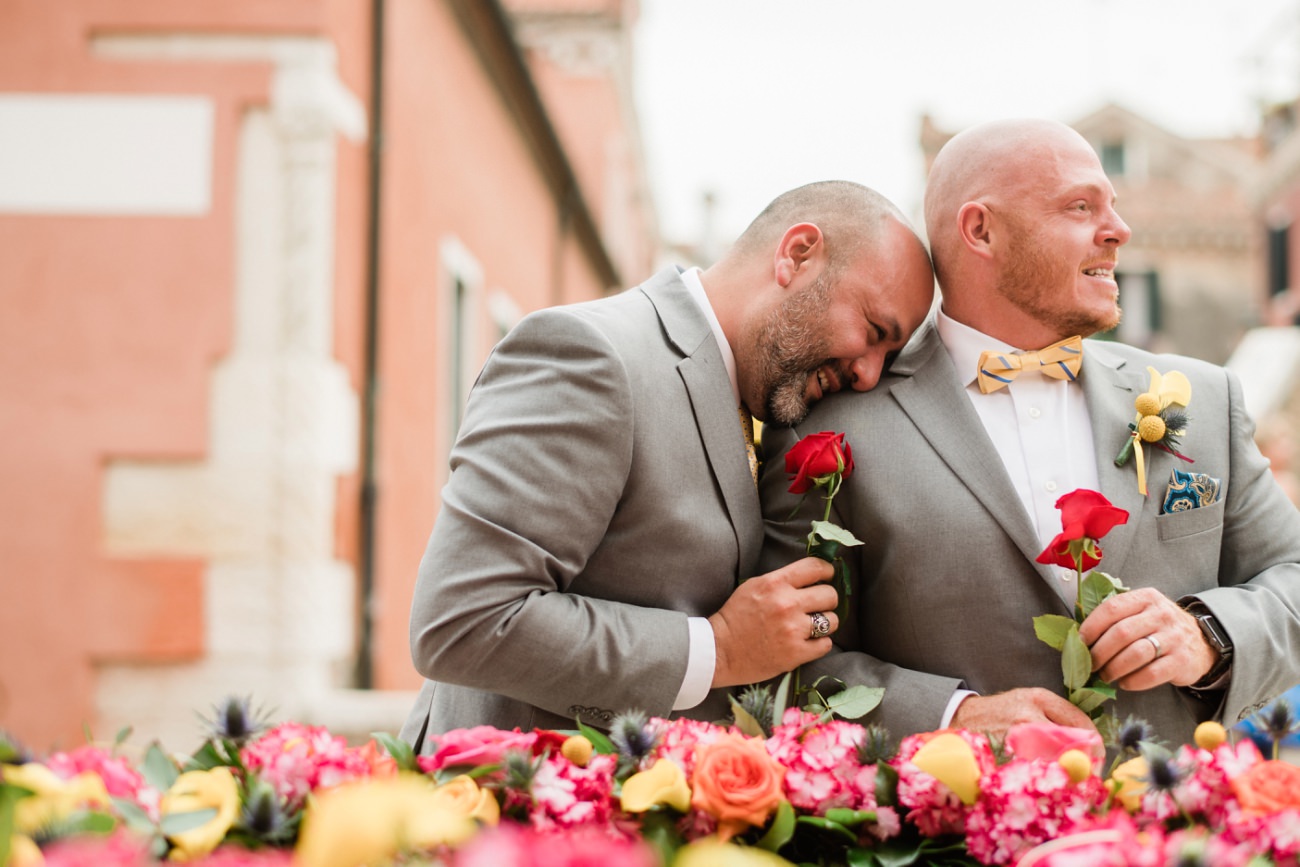 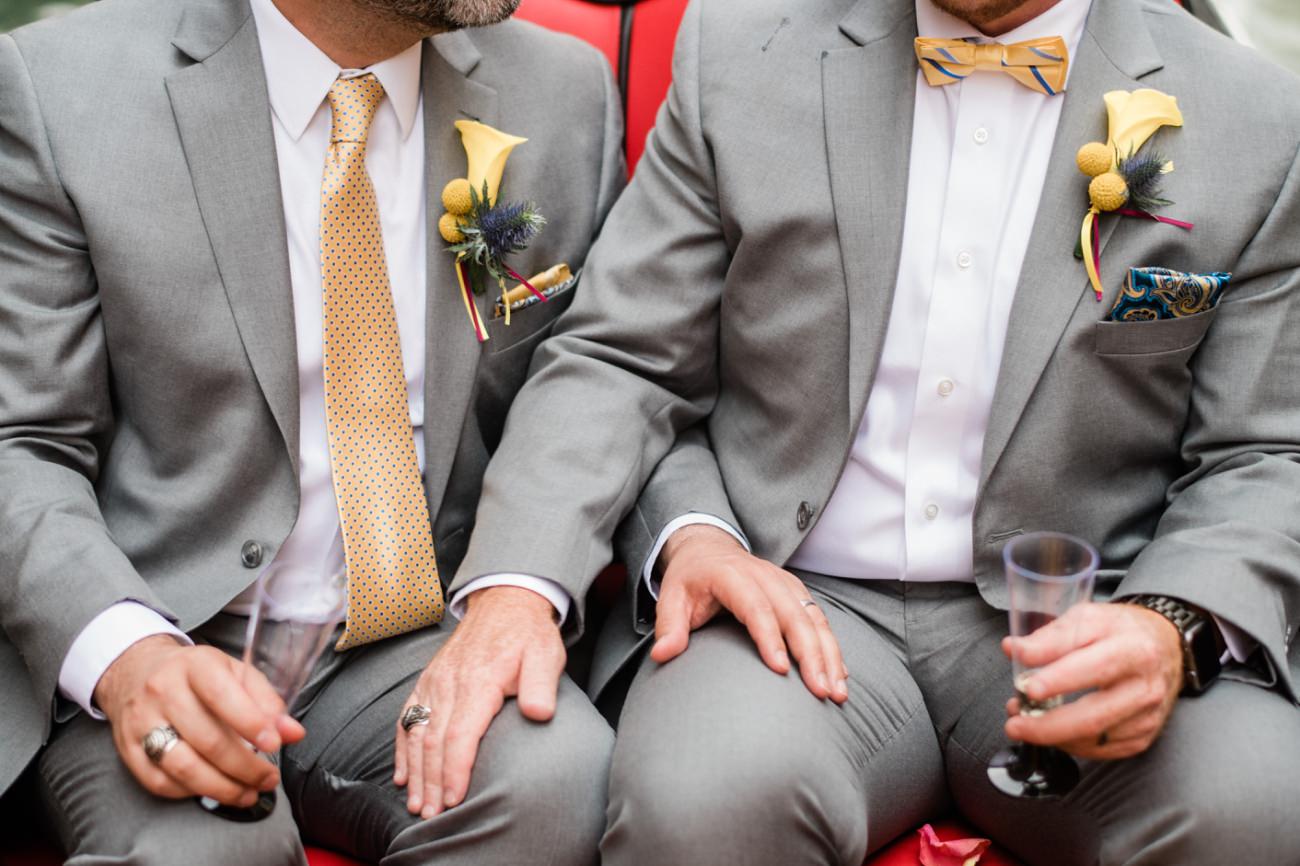 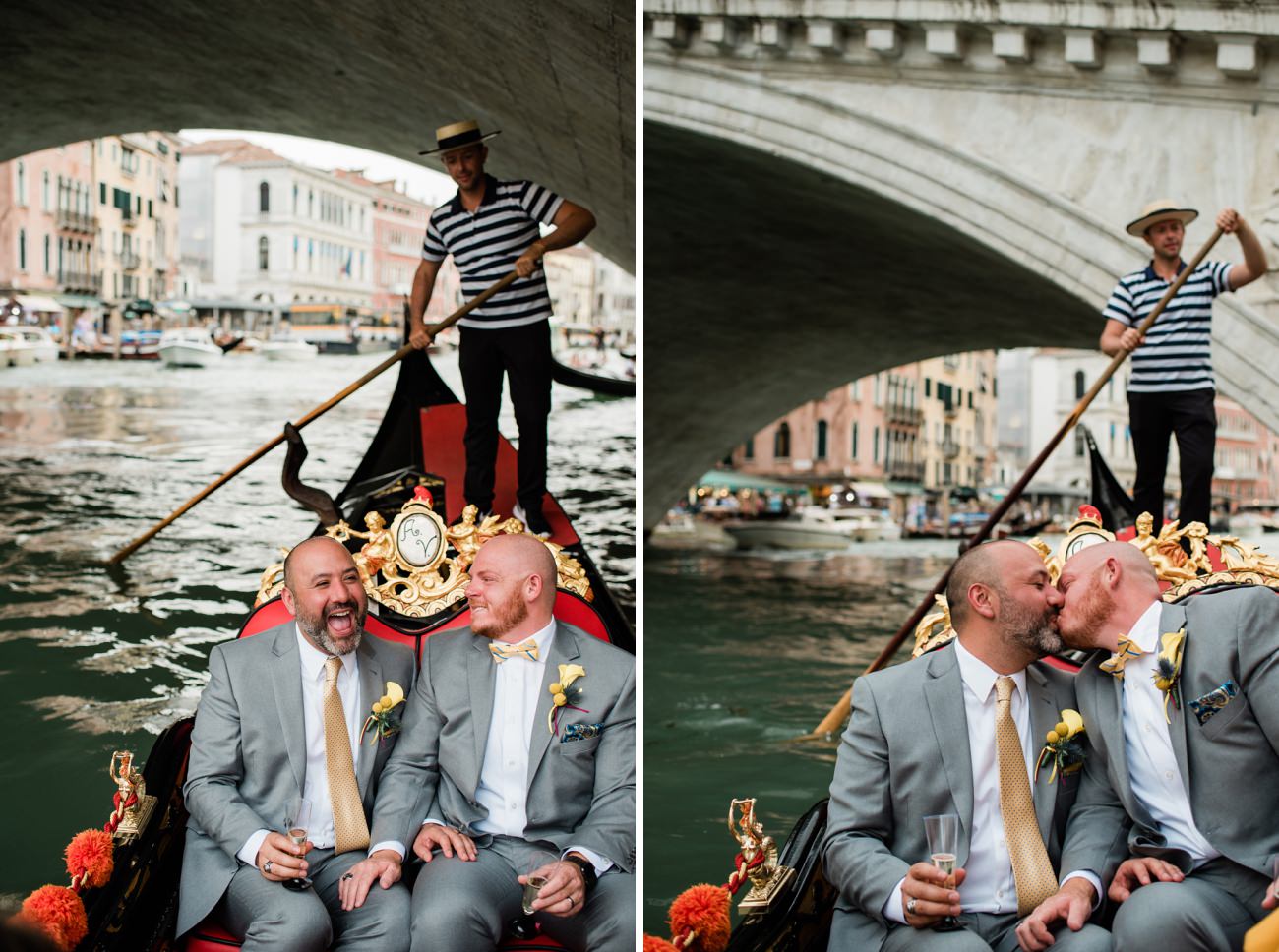 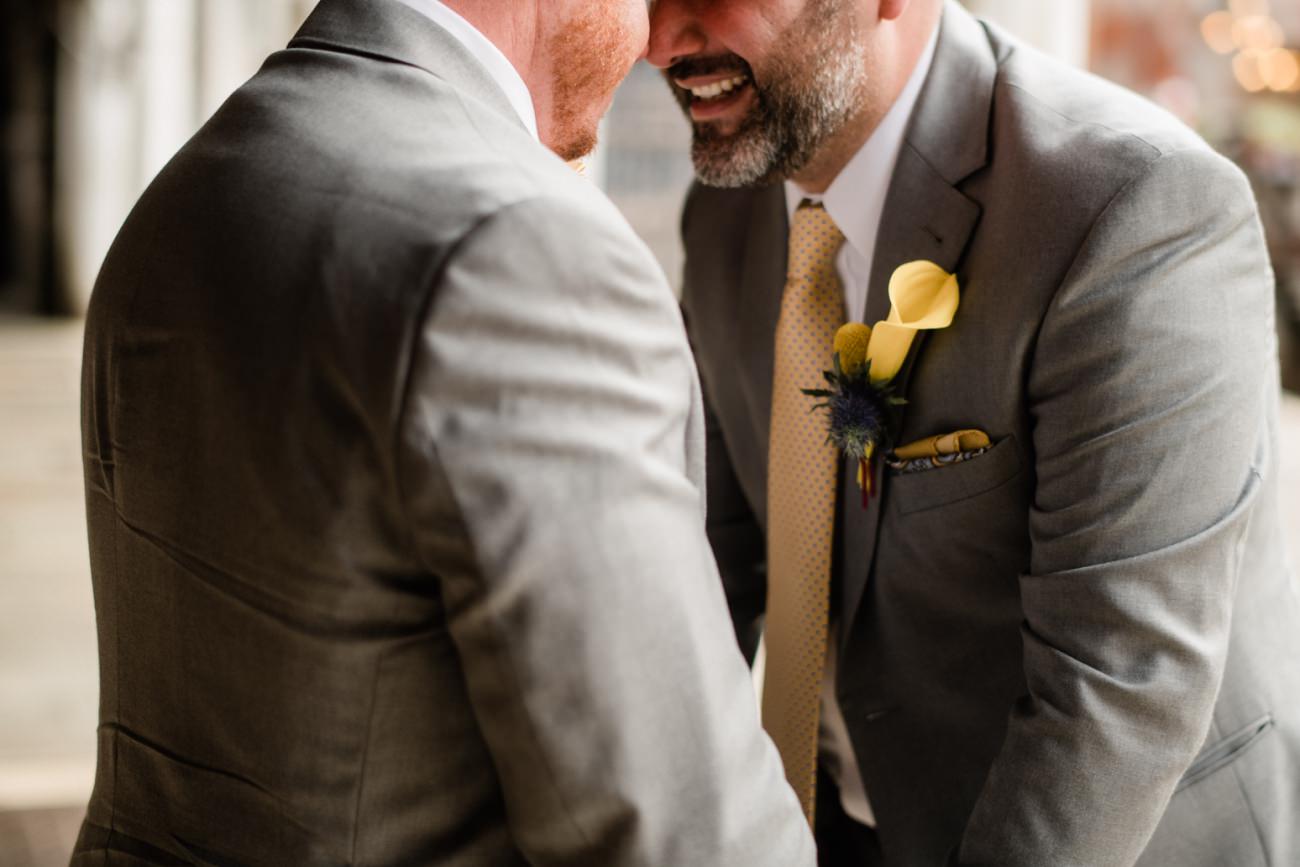 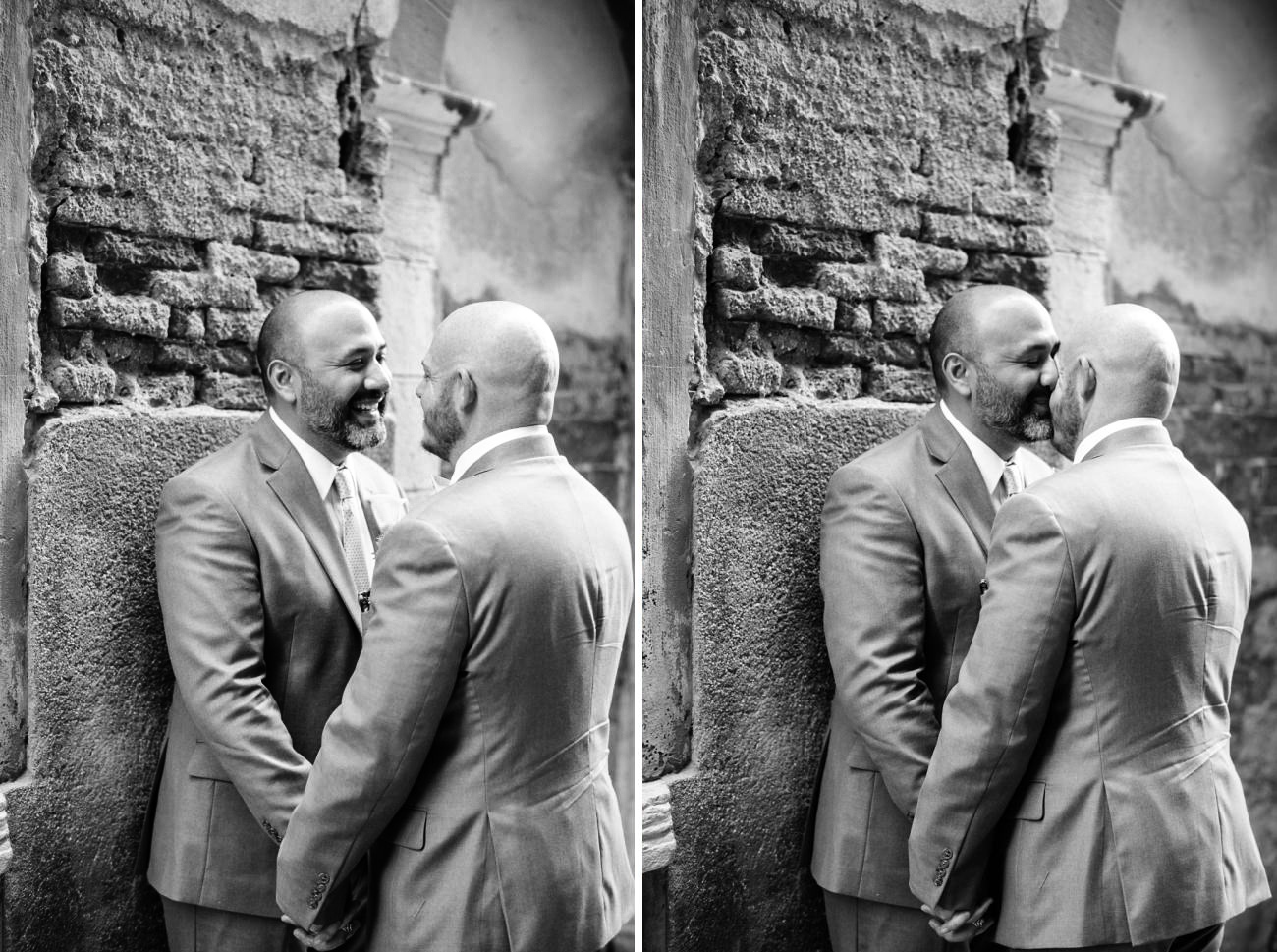 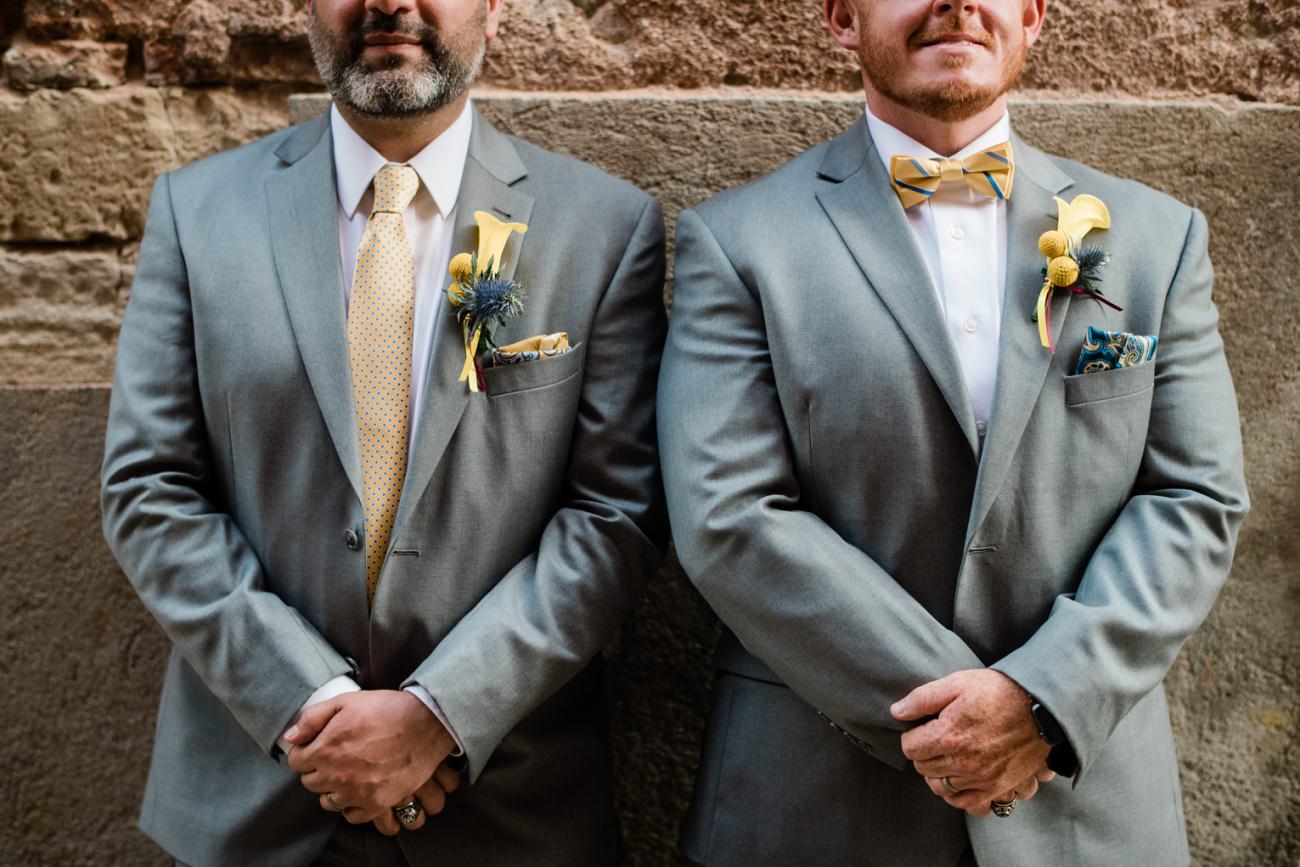 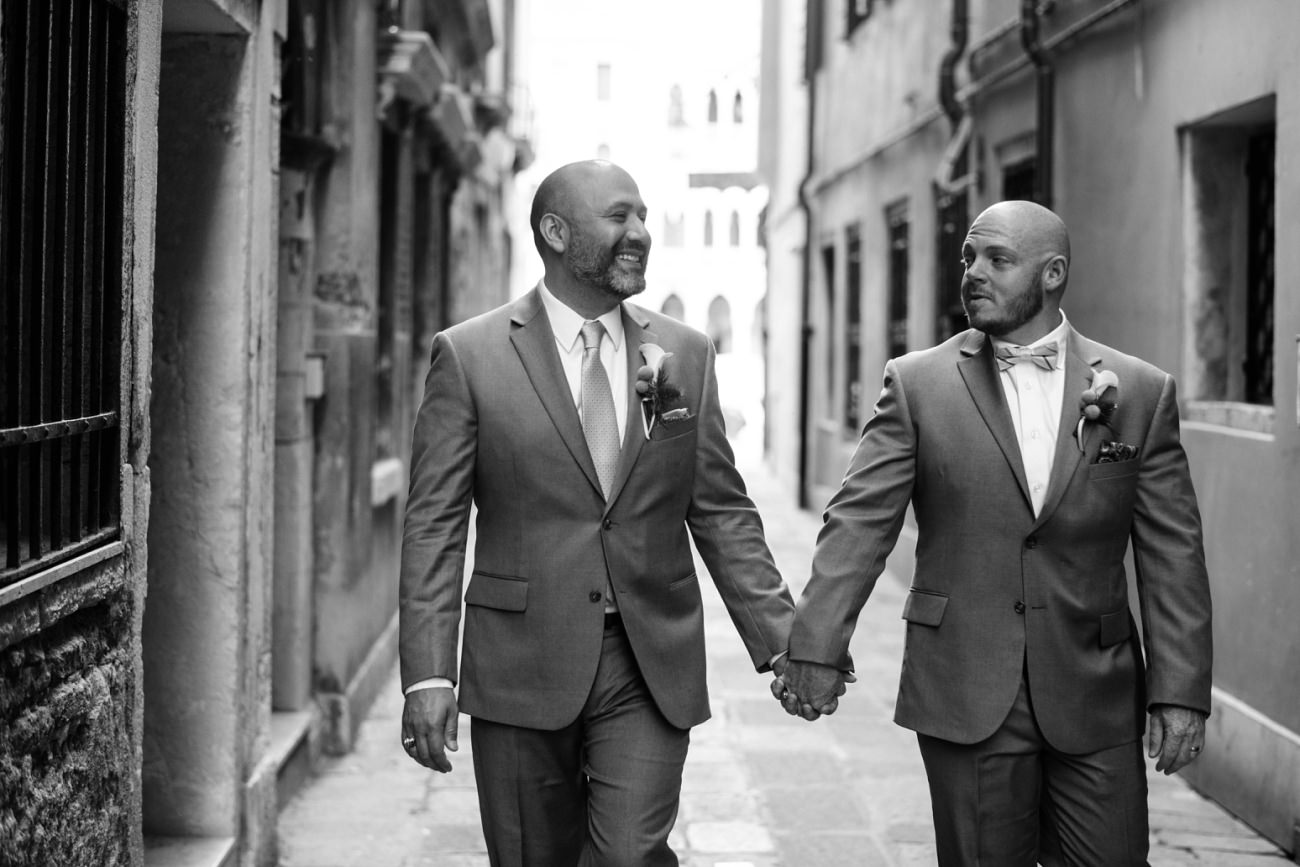 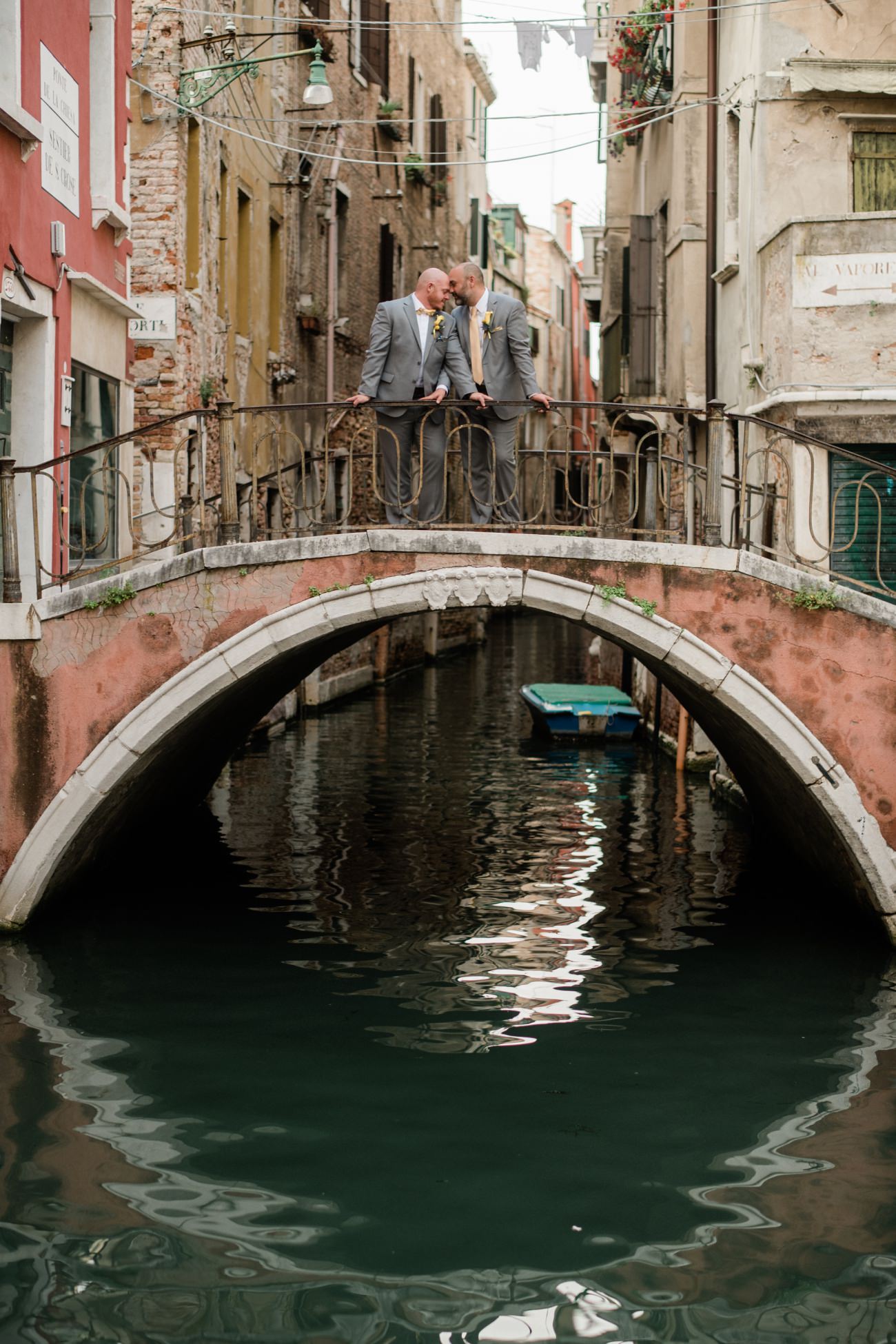 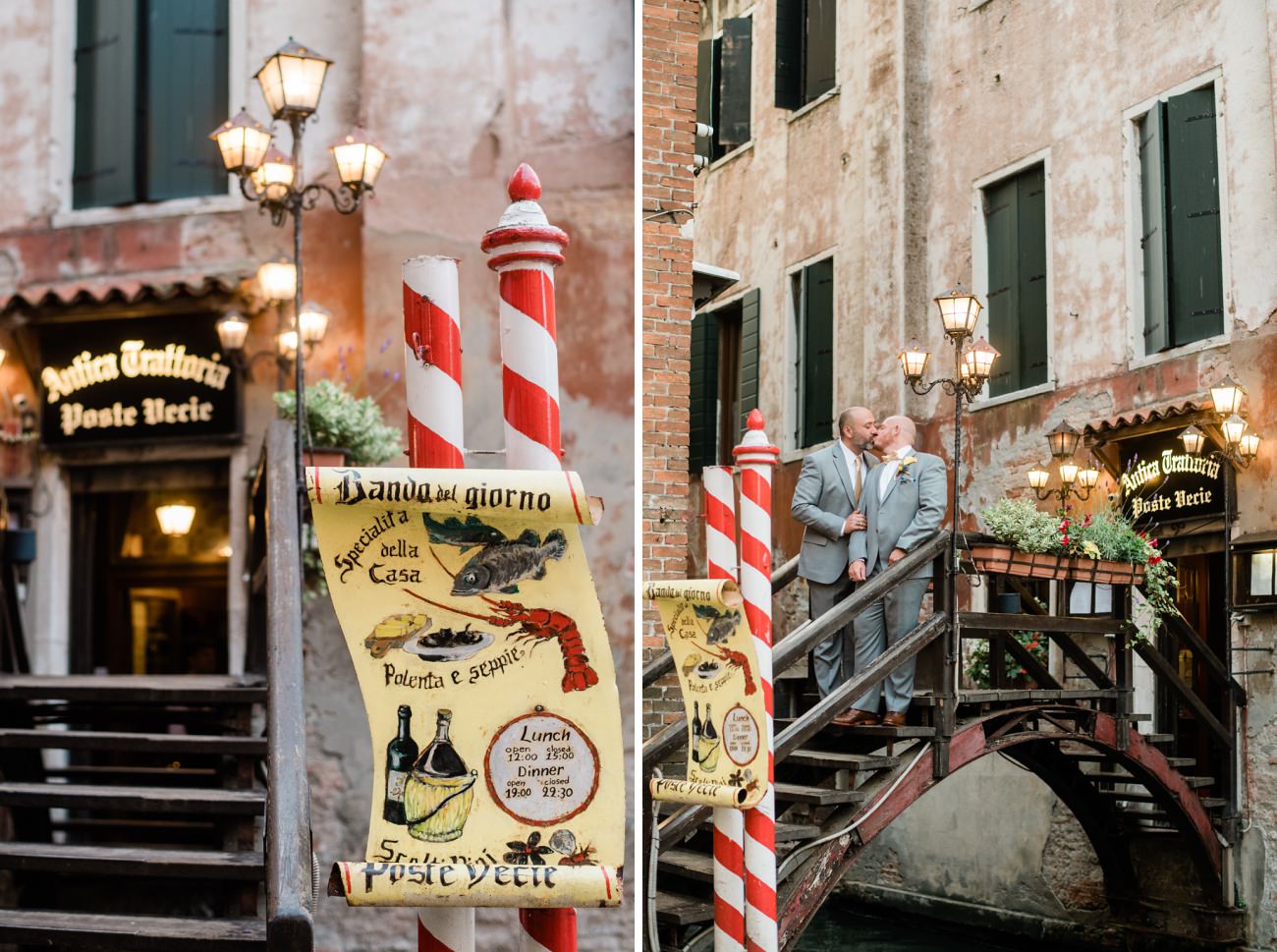 When Larry re-proposed to Gil both were super excited and emotional. But when Larry told Gil they were going to get married in a matter of minutes, well… I have rarely seen happier faces!

The water taxi dropped us off near the Station of Venice, where a gondola was waiting for us.
The gondola took us to a tiny, lovely square in a hidden part of Venice. There, Cristiana – the wedding planner and celebrant – was waiting for us, together with a lovely guitarist and singer.

In the center of the square, there was an ancient water-well, covered in pink and yellow flowers (stunning job, Pretty Flowers!).
The moment when Larry and Gil looked at the square was overly emotional!

As the ceremony was about to start, we noticed there was a group of people on boats in the water channel nearby.
They were performing the baptism of a child, but they stopped their celebration as Gil and Larry’s ceremony started.

After saying their vows, the whole boat-crew started singing the old Italian song, “Ti Amo”, to the couple: it was such an incredibly emotional moment, I still have goosebumps!

After the ceremony, we took a gondola ride to Rialto and then had a proper wedding couple shoot.

I will always remember Larry and Gil as one of the most romantic, adorable and madly in love couples I’ve ever worked with.

Congratulations to these gorgeous two!

The Lake & The City / Prewedding Shooting in Lake Como and Milan 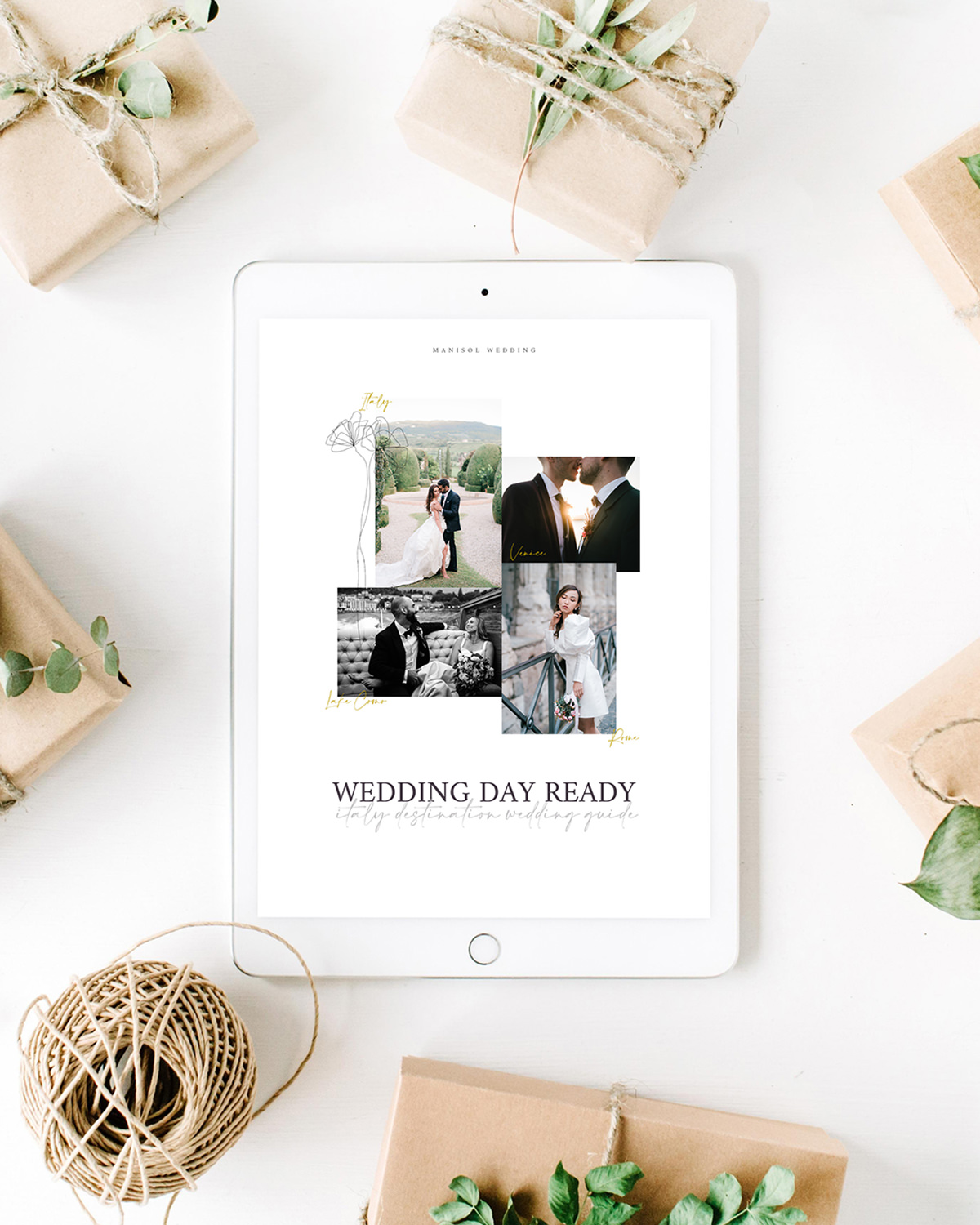